The willows and grasses around the Summer Palace in Haidian. I walked around these grounds and they were full of peace and poetry. Lady’s Tower, near Elie on the Forth shore, was built to protect Lady Janet Anstruther’s modesty. Gras grows on the old walls 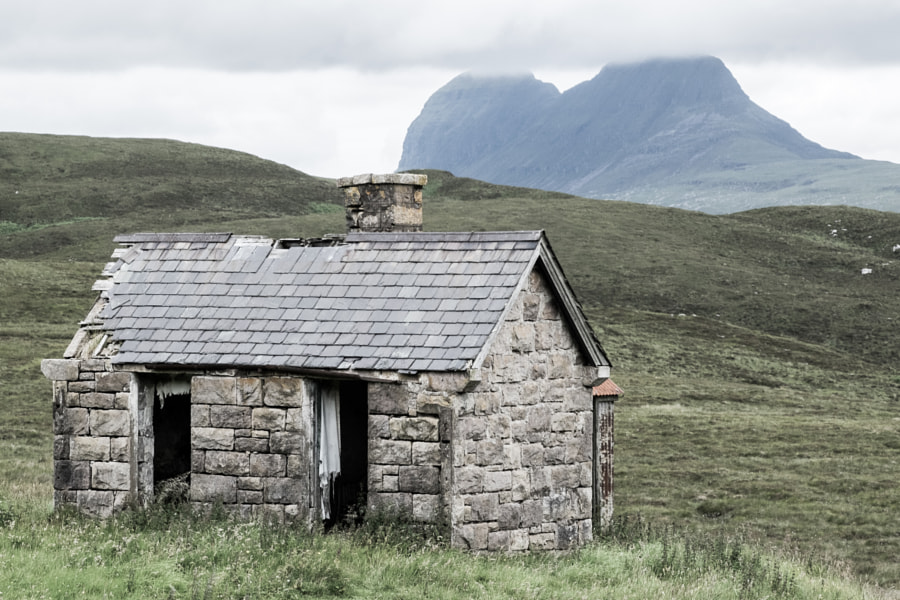 Elphin, Assynt in Sutherland. Sula Bheinn (Suilven) on the left and Canasp (Canisp) to the right. This little guy was digging for food in the middle of the city, not paying any attention to the people around him. The squirrels in the city have no fear.

A problem at the petrochemical plant creates black clouds in contrast to the wind turbines and hedgerows of Fife. In the setting sun